It's official: reunited GUNS N' ROSES will play at Coachella

Events, News
by Nancy
Guns N’ Roses have been announced as one of the headliners of the Coachella Valley Music and Arts Festival in April 2016.

It's a big day for the fans of Guns N' Roses - the band has officialy confirmed its upcoming reunion performances at Coachella Valley Music and Arts Festival. The event will take place in California, with the same line-up at the weekends of 15-17 and 22-24 April in 2016. Slash and Duff McKagan have added images of the classic Guns N’ Roses logo with a Coachella backdrop to their Facebook pages - it shows both of them will be on stage together with the singer, Axl Rose. It is not clear yet if the rhythm guitarist Izzy Stradlin and drummer Steven Adler will join Guns N' Roses for the concerts.

Tickets for Coachella are available here. 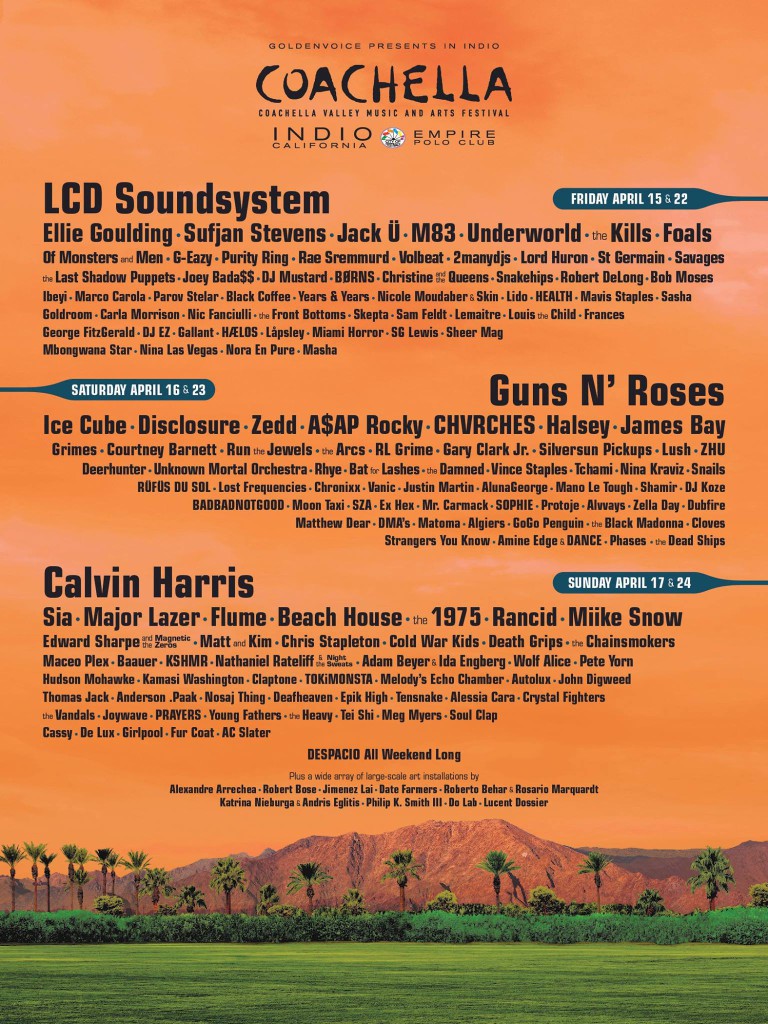