Coldplay have announced new tour dates for the summer. The band will perform several shows in US after the European concerts.

Coldplay will embark on its first stadium tour of North America since 2012 - they have announced seven U.S. shows today for the summer of 2016 in support of their new album 'A Head Full Of Dreams'. The opening gig will be in New York on 16th of July, following by Chicago, Boston, Philadelphia, Los Angeles Dallas and San Francisco.

The tour 'A Head Full Of Dreams' will start on 31th of March in South America. There will be a few concerts in Mexico too and between 24th of May and 6th of July Coldplay will perform in Europe. But before those gigs we can see them February 7th as the headliners of the Super Bowl 50 halftime show in California.

Concert dates in US: 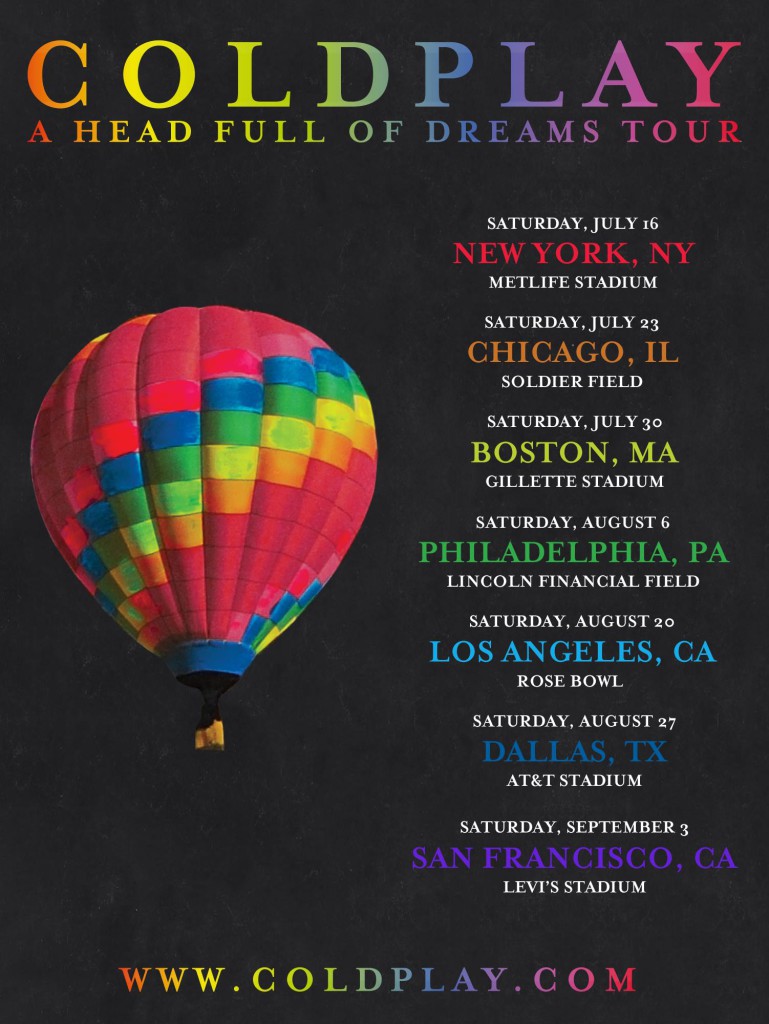